I parked by the side of the road. She tried to get out but I locked the doors.

Imagine looking at it from the outside: Two figures screaming at each other in muffled sounds. One was a silhouette of a slender girl, coming out of the passenger seat and snapping her teeth; and the other was a shrinking finger, pointing bravely in defense for its life.

That one was me.

“DIDN’T YOU HEAR WHAT I SAID? WHAT PART OF ‘IN GENERAL’ DON’T YOU UNDERSTAND?”

“NO! DON’T FUCKING LIE TO ME! YOU SAID IT! YOU MEANT WHAT YOU SAID! YOU CALLED ME A—”

It was so fucking stupid. Honestly, I don’t even remember what we were originally fighting about. But somehow, with her stealth-skills, she turned it into something like “how I said things” rather than what I actually said. And like a goddamn fool, I fell for it—I defended myself.

It was a bright, sun-shiny day that morning. We were at the zoo and things were looking good. I mean it wasn’t San Diego or anything, since it was just the Oakland zoo, but it wasn’t bad at all. Most of the animals were out. The lion showed his balls and the ape pressed his butt against the glass cage (although that lazy-fuck of a bear was nowhere to be found).

On our first date I got to third base before I was struck out, so now I had to day-two it. Fast forward to our second date, I thought the zoo would be a viable, cost-effective option to pre-heat the situation. Then later that night I planned on getting us some drinks so we could continue where we left off.

I thought it was a good plan. But for some reason, things weren’t quite right. She was giving me the cold shoulder. She was maintaining distance. She was thrifty with her smiles and even when the rhino was pissing like a fire hydrant (and everybody was taking pictures) she didn’t even react.

“Jesus Christ! Look at that thing!” I said, pointing at its coiled, pink penis. But nothing!

Then it dawned on me. Like a spartan phalanx, it was clear that the bitch-shield was up, and if I ever got too close she would spear me in the throat. 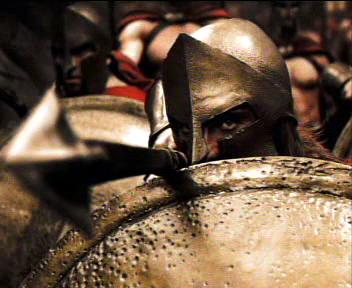 That pissed me off.

I mean, it was like romancing a loaded gun. She was cold and pitiless, and nothing I did made an impression whatsoever. I was thinking: I thought we had a good time. What the hell happened?

Looking back now, I think I know. From the outset we didn’t really like each other. Our interests didn’t match. She listened to Vanessa Carlton’s A Thousand Miles, and I listened to Three 6 Mafia’s Ass and Titties. Her favorite film was Disney’s Aladdin, and mine was Paul Verhoeven’s Robocop. She thought I was an asshole and definitely not “boyfriend material,” and I thought she was a smug, tight-assed bitch who needed to be taken down a notch. The only reason why we went out the first time was because she lost a bet (which I rigged), and the only reason why I did that was because she was hot.

Yeah, I did it for the nookie! So you can take that cookie and stick it up your—

Behold a pale horse in my gaze.

“YOU KNOW WHAT YOUR PROBLEM IS? YOU’RE JUST AN ASSHOLE! THAT’S WHAT YOU ARE! YOU DON’T RESPECT ME AND YOU DON’T REALLY CARE ABOUT ME!”

She attacked with electric fizzing in her mouth. She deployed weakness-seeking missiles, dropped oxidizing guilt bombs, and uttered satanic verses designed to splice and dice my confidence and make me feel bad about what I’ve done to her—about how I made her feel.

Then I’ve had it.

I don’t know what happened next, but somehow the assault stopped. A dangerous stillness settled in and I became somewhat fearful of the things to come. The soul-destroying, she-devil was gone, and in her place sat a wounded angel wrought in a million lamentations. It was an ancient technique that has been handed down throughout the ages from mother to daughter since the beginning of time.

It was Plan B: crying.

It was so fucking stupid, like jumping off a cliff after lighting myself on fire. I admitted guilt to every accusation (and then some). And since I was already stripped off my pride, I decided to go with complete honesty. I told her that even though I thought her musical choices were lame, I thought Aladdin was funny. I told her that, just between me and her, The Lion King was actually my favorite Disney movie. And finally I told her that the only reason why I asked her out the second time was because I couldn’t seal the deal the first time, and the fact that she called me out on it made me respect her more even though it made me feel like total shit. I told her I will get her home safely and she didn’t have worry about being weird if we ever saw each other again. Which we didn’t have to, I added.

And guess what? Lo and behold, when I looked up she was smiling at me with a rapture-like satisfaction. I didn’t know what was going on and I was thinking of something to say when she reached over, kissed me on the lips, and grabbed Mr. Mojo and the McCringleberries.

So what was the point of all of this? What was the lesson? I don’t really know. It was a long time ago and I don’t really remember. But sometimes we get too hung up with the moral of the story, as though we have an obligation to some desperate form of philanthropy.

Sometimes in order to change the tides, you just gotta go for a ride.